Do you ever ask for feedback?
Ga terug

Within our daily life we receive feedback, but also ask others for their opinion. By receiving feedback, we learn and grow by knowing what works and what might need improvement. Wouldn’t it be of great value to also get continuous feedback during our work while using applications?

As highlighted above, it would be very nice to collect continuous feedback on the usage of app(s) and on how they perform. This is a contrast with implicit feedback. But what exactly is the difference between implicit- and explicit feedback? Data for implicit feedback are collected without the user consciously knowing. More about this read this blog: Fiori Analytics, keeping an eye on you.

Explicit feedback requires a specific action of the user. A very simple example is the 5-star rating which you could submit after ending a Microsoft Teams call. Another example of explicit feedback is receiving a questionnaire after purchasing a product online. And there are many more examples to give. There are however usually huge differences in the responses, it is essential to be aware of this when analyzing explicit feedback. For explicit feedback it usually has the highest number of responses either very negative or very positive. Users who are ‘okay-ish’ with your service/process probably won’t fill in the feedback questions, but still is very valuable feedback we would like to gather.

Feedback gives us insight in what the user really has to say when they are facing a challenge in the app. For example: implicit feedback might tell you that many users left the application on this page and didn’t continue. Explicit feedback will also enable the user to tell us why. Another option is to concisely go through all the feedback and collect improvement ideas in your backlog. This eventually benefits users because you’re further improving the app. Explicit feedback could also be used to ask for opinions on a new launched feature.

How to gather explicit feedback?

With explicit feedback it highly differs how you bring up a questionnaire, or feedback buttons inside apps. The difference lies in the ability to add a few lines to the source code. With public cloud software (SaaS) or standard apps from the Appstore, we can’t influence the source code. You’re dependent on the creator of those app(s) if they offer feedback options off the shelf. With custom created apps however, or apps where we at least can create a new build, we are able to add extra coding. Let’s say we are having a custom created SAP Fiori application; which tooling could we leverage to gather analytics? Examples of those are Hotjar, Usabilla and Qualtrics. Some of these tools can do implicit and explicit feedback, like Hotjar. A great tool to is Qualtrics, it has a comprehensive suite. With Qualtrics you can also build ‘standalone’ surveys. It also has built in options for standard surveys like the NPS; net promotor score for example, or another standard questionnaire is the CSAT (Customer satisfaction).

But the focus of the Qualtrics XM is to enable feedback possibilities into apps. This way gathering feedback can go way further than adding just a feedback button. You are able to only show feedback options in certain occasions, or only based on data in the page itself. Qualtrics also has the ability to add extra contextual information, so importing extra supplemental data, so you are able to analyze in even more detail.

How does it technically work?

Feedback can be embedded into your website by adding a feedback button, which can be used anytime to provide feedback. Another possibility is to offer a feedback form after finishing a task. There are many possibilities. In all cases you need to embed an extra script in your app/site code. By calling the script in the right locations in your app, the feedback form or button will popup.

A suggested component in such a landscape with using explicit and implicit solutions or probably even more, is a Tag Manager. This component acts as a central component. The main advantage of a tag management system is that it allows non-developers to have multiple tasks on a website or application started, and improving performance while reducing written code. How does a Tag Manager work? It replaces multiple tags – historically managed by a developer – with a single container tag which sits across all areas of the property. The tag management system is then accessed separately (normally via a website) to prioritize and “fire” individual tags as appropriate based on business rules, navigation events and known data.

For the developer of analytics / feedback to collect:

Actually, the script, which the developer needs to integrate into the respective app, connects to the tag manager. The tag manager in its turn has the ability to add further scripting for either Adobe or Qualtrics and sent data to the correct solution to act upon. In other words: because scripting can be further added via the tag manager instead of directly in the source code, you’re simplifying some things for the app-developer and possible preventing multiple new releases of the app. There are also different solutions for a tag manager, to name a few: Google tag manager or Adobe Launch.

We did see some highlights about implicit (in earlier blog) and explicit feedback and how it can accelerate the experience for your users. We have also seen what a Tag Manager can do for your business and how app-developers can work more efficiently.

To create an even better user experience we highly recommend a mix of implicit and explicit feedback. So, you not only know how they use your app, but also when and why they are facing challenges. Would you like to know more about how to improve the experience of your users? Feel free to contact us.

Do you ever ask for feedback?
Recente Posts 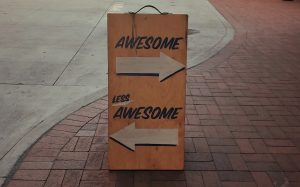 Do you ever ask for feedback? 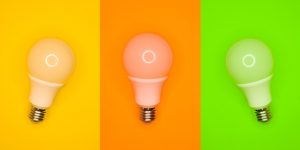 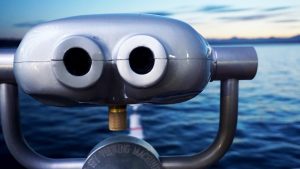 Fiori Analytics: Keeping an eye on you