Skip to content
SAP TechEd 2021: Some highlights
Go back

Last week, SAP enthusiasts were worldwide able to enjoy the latest technology announcements during the digital SAP TechEd. We have outlined some of the highlights and benefits in this article.

While Low Code is a nice aspiration, it is not yet No Code. Last year, with the acquisition of AppGyver, SAP made great steps in the area of No Code. SAP particularly did a great job integrating AppGyver into the SAP ecosystem.

Shortly after the acquisition of AppGyver, we organized a webinar about this topic. At that time the integration with SAP could be a bit better. Mainly, because the limited integration of OData. Meanwhile, a number of deficiencies have been overcome, so app development these days almost become child’s play. Curious about app development in AppGyver? Then take a look at this video: Building an app with AppGyver.

One of TechEd’s biggest eye-openers in this area is that OData integration is now fully supported. Also, the look-and-feel has been aligned with SAP Fiori, ensuring a uniform user interface. Many more improvements are planned in the near future. With the implemented improvements and ones announced, AppGyver deserves another stage in our webinar series.

SAP’s next step in user experience is all about getting people to work even faster, more intuitively, and improve the data outcome to make smarter business decisions. The first pillar in this journey is aesthetics, in the form of their new Horizon theme. Horizon can be seen as an evolution of SAP Fiori. It is more modern, even more user-friendly and based on an accessible modular design system. The features of Horizon are:

Horizon represents more than just a theme. It represents a new way to build products. For example, Horizon has its own set of design principles and also comes with a sleek Dark Theme.

For the expert, the Developer Keynote is often the icing on the cake during the TechEd. The BTP Command Line Interface (CLI) was given a prominent place in this session. Our favourite tech guru DJ Adams showed that the BTP CLI is the most efficient way to interact with SAP BTP. He quickly created a sub-account and then set it up as a messaging service. With the normal GUI you will never be able to do this so quickly and easily. DJ’s closing words were: “The future is terminal”.

SAP Business Technology platform has many subscription types and for some time now, in addition to the “BTP Free trial” there has been the “free tier” option for partners and customers. Free means that you can test services in SAP BTP for free and without limit. Not all services are ‘free tier’, but they are many. At TechEd, Free tier is now also released for the individual developers among us. In other words, Free tier is now available to everyone. But what exactly is the difference with the long standing BTP Trial? First of all the availability of services in Free tier or the BTP Trial may differ. Much more important is that when the free tier format is used, this can be converted to productive use. In the BTP trial environment this is not possible and the entire setup/apps and such need to be converted to a productive environment. So when a service is available in Free Tier, it is better to use it because it is much easier to go live with it.

Finally, for now the last highlight: Kubernetes/Kyma. SAP is increasingly using Kubernetes to run BTP services. We also saw this during the TechEd. Kubernetes and Kyma are given a central place within SAP BTP, making you as an organization much more flexible in running services; Unified Runtime. The Unified Runtime is based on the technology Kyma. With Kyma it is now possible to run Cloudfoundry functionality via compatibility tooling. Another advantage of the Unified Runtime is that as an early adopter you can now transfer functionalities you are using on the NEO environment much easier. Previously, you had to transfer this from NEO to Cloudfoundry, which actually is a migration. Finally, with Unified Runtime you again get the choice of running services via hyperscaler or in an SAP owned data center. With Cloudfoundry, this was purely hyperscaler focused. In short, as SAP embraces Kubernetes more and more, it creates more choice for deploying different functionalities.

Did not have a chance to join SAP TechEd? Visit SAPTechEd.com and watch the different sessions. 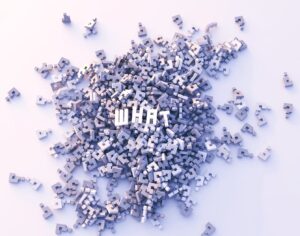 SAP Analytics Cloud (SAC): What is it and what are the benefits? 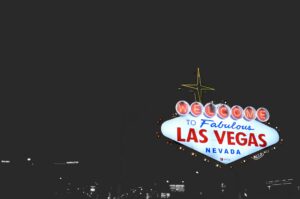 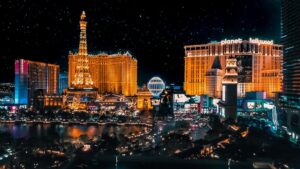